Project Post: Custom forest faerie with birds in her hair. 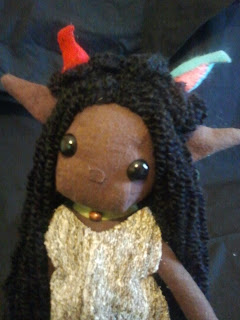 greetings all,
as promised i'm bringing you a post with pics this week!  this was a custom piece i did for a little girl for her ninth birthday. after seeing my dolls at a festival, her mother contacted me for a custom piece.
apparently she had quite a conversation with her mom about what kind of doll she would make if she made one herself. (this custom piece was a surprise) here is the list her mom sent via email (posted with permission, of course):

The creature would rescue creatures who had been bullied

She would have the power to change the seasons and the weather so that if someone was being mean to another, she would cause it to snow on the bad person so they couldn't move.

The creature would be a girl with brown skin, dark brown eyes, black curly hair down to her hips and the hair would be able to be used as a nest for injured birds

She would have different colors of shirts (red, green, brown)


this was so much fun to make!  i tried to incorporate as many of her ideas as possible, but i did have to compromise a little for simplicity's sake (she has shoes, but no hooves, and only one shirt- although it's removable so she could add her own if she wanted to) 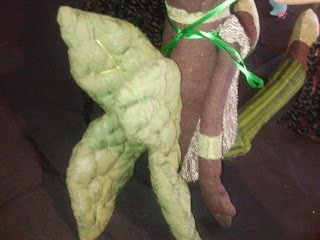 here is a pic of her back, with wings attached and you can see the back of her simple shirt. 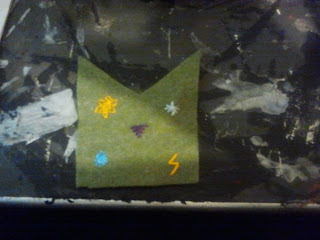 here is her wristlet before it was sewn on.  i embroidered little symbols that i thought would be good to represent her powers to control the weather: lightning bolt, raindrop, sun, snowflake, and tornado 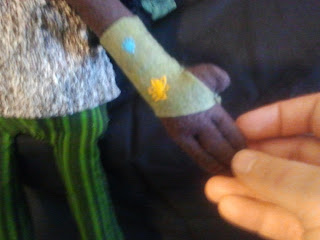 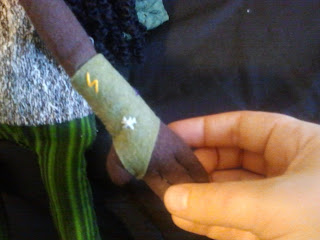 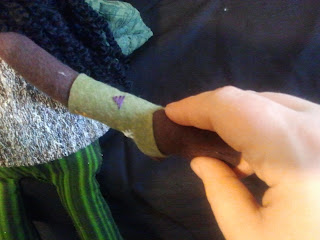 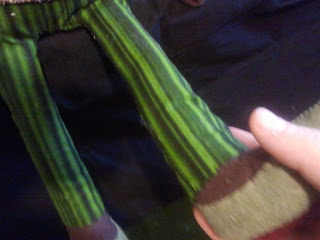 here you can see her shoes and leggings.  both of which were completely sewn on.  sorry for the funky depth of field in this shot. i know it makes the shoes harder to see :/ 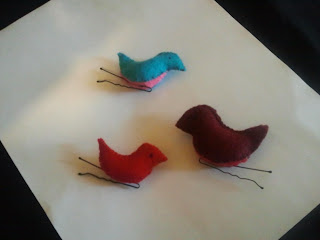 i made some tiny birds out of felt and attached bobby pins to them so they could roost in her hair. 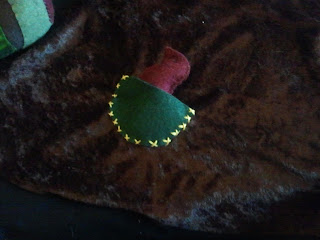 as well as in a pocket in her wrap around skirt. 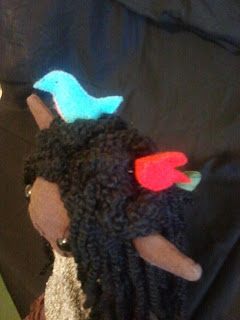 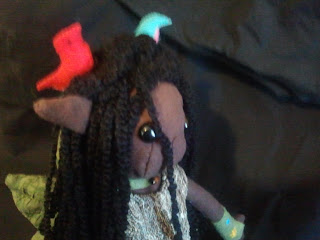 it's a little hard to see in these photos (black hair and fur is really hard to photograph well!)  but she has little nest shaped buns on top of her head to help those injured birds. 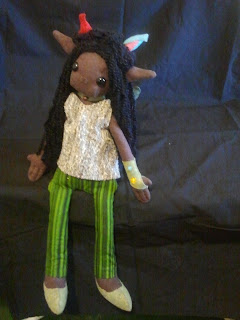 so here she is with her leggings 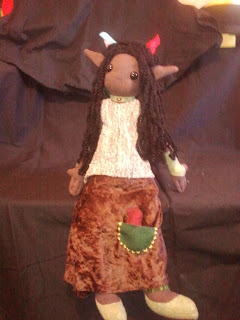 and now with her skirt.


i can't tell you how much fun it was to help a little girl's idea come to life. the rich imagination kids have is so astonishing.  i'll be back next week with tales of cooking for nine and holiday craziness, in the meantime i wish my american readers a happy thanksgiving.  safe travels, good company, and good eats to all,


thanks so much for taking your time to read today!